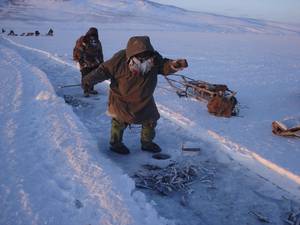 During its first two decades, the EPB’s Membership consisted of European national governments operating polar research programmes, along with the Russia Federation as a permanent observer.

Throughout its history, the EPB has worked to develop and strengthen links and cooperation between its Members, and across the entire European polar research community. The EPB played key roles in major international programmes and projects, such as EPICA, LOIRA, SCICEX and the Nansen Arctic Drilling Programme, that brought scientists together from across Europe. During this period, the EPB also worked extensively to foster and develop collaborative international partnerships, such as with the Scientific Committee on Antarctic Research (SCAR) and the International Arctic Science Committee (IASC). Many of the EPB’s partnerships with other organisations are formalised with memoranda of understanding.

The European Polar Board became independent of the ESF in January 2015, beginning a new period of its history. Now an entirely independent organisation, the EPB has its Secretariat hosted by the Netherlands Organisation for Scientific Research (NWO) in The Hague. In this new phase of its history, the EPB has continued to work to represent European polar research both within Europe and internationally. This new period has seen some changes for the EPB (membership is now by organisation for rather than national government for example), but the core Vision and Mission of the EPB remains the same.

Since 2015, the EPB has formalised many of its partnerships through memoranda of understanding (MoUs), including with the European Space Agency (ESA), jointly with SCAR and IASC, the European Climate Research Alliance (ECRA), and the Association of Polar Early Career Scientists (APECS).