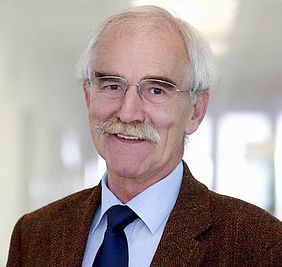 Dr. Heinrich Miller, from the Alfred Wegener Institute, Germany, has been selected to receive the 2016 SCAR Medal for International Coordination

Dr. Miller has an outstanding breadth of expertise and scientific contribution across glaciology, geophysics and applications to ice core research. Of particular note has been his active involvement in SCAR and significant contribution to large-scale international scientific projects, as well as his involvement in the Council of Managers for Antarctic Programs (COMNAP), the Antarctic Treaty, helping link SCAR and the International Arctic Science Committee (IASC), and his leadership in and vision for Antarctic science.

After receiving the news about his award, Heinz commented "I feel greatly honoured by receiving the SCAR Medal for International Coordination and I thank those who thought me worthy enough for this award. However, all I have ever done in Antarctic science was just governed by my fascination for science on and around this beautiful continent.”

The SCAR Medal for International Coordination is awarded for outstanding and sustained contributions to international cooperation and partnerships. Nomination of persons who have advanced SCAR's mission to initiate, facilitate, co-ordinate and encourage international research activity in the Antarctic region are encouraged. Awardees should have a distinguished professional career history. A record of recognition of international activities by their peers, including prizes, honorary degrees, and other awards, demonstrating the person's impact. The relevance of such coordination work should be demonstrated, for example with regard to capacity building, products of use to the wider community, data and information, etc.

Dr. Miller’s application, led by Hubertus Fischer, was considered by an independent medal committee and approved by the SCAR Executive Committee. He will be presented with the Medal at the SCAR Open Science Conference Banquet on 25 August 2016 in Kuala Lumpur, Malaysia. Heinz Miller joins a distinguished group of past recipients of this Medal including Chuck Kennicutt and Rasik Ravindra (2014 joint award), Ian Allison (2012), Alan Cooper and Robert Rutford (2010 joint award), Claude Lorius (2008), and David Walton (2006). SCAR will also be announcing the recipients of the 2016 SCAR Medal for Excellence in Antarctic Research and the SCAR President’s Medal for Outstanding Achievement in the coming weeks.

Please join us in celebrating the important contributions of Dr. Heinrich Miller.