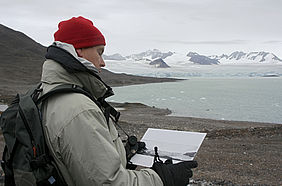 As he describes in his article of the Boston Globe, his latest visit to the Arctic in June has confirmed that the world community has not been paying enough attention to these remote areas that are warming two to three times faster than anywhere else in the world due to “polar amplification process”. This can have serious consequences for not only the communities living in the Arctic or around Antarctica, but for our planet and societies.

H.S.H. Prince Albert II of Monaco claims that "Giving a voice to the polar regions through the eyes and minds of the experts and communities that know these regions best is imperative."

Referring to this, the United Nations Intergovernmental Panel on Climate Changereleased its Special Report on the Ocean and Cryosphere in a Changing Climate in Monaco in 2019. This report approved on 24 September 2019 by the 195 IPCC member governments, provides new evidence for the benefits of limiting global warming to the lowest possible level – in line with the goal that governments set themselves in the 2015 Paris Agreement.

H.S.H. Prince Albert II in his article of the Boston Globe encourages intensifying of international scientific cooperation involving specialists working on both poles, as per the solid groundwork laid out by the scientists who participated in the polar symposium. He highlights that the polar symposium was co-hosted by the Prince Albert II of Monaco foundation, Scientific Committee on Antarctic Research, International Arctic Science Committee, and the Oceanographic Institute of Monaco, in the Principality, in February 2022.