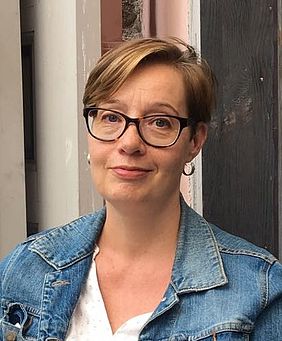 During the EPB’s Autumn 2017 Plenary Meeting in Bremerhaven, 21-22 November 2017, an election was held for a Chair. EPB Members elected Kirsi Latola, Member Representative from the Thule Institute, as Chair.

Over the past ten years Kirsi Latola has worked as a research coordinator at the Thule Institute at the University of Oulu and managed several national and international projects on research, knowledge sharing including organising several international events and graduate education. She is currently the Director of Thematic Networks, University of the Arctic (UArctic), having managed the Thematic Networks strategic area since 2005. In addition to her work for UArctic and supporting the other research projects and proposals she is leading the transnational access work package in INTERACT  - International Network for Terrestrial Research and Monitoring in the Arctic (FP7, 2011-15 and H2020 2016-2020) and a task on stakeholder consultations in a EU-PolarNet project on Polar Research coordination (H2020, 2015-2019). Kirsi is also Thule Institute’s representative at the European Polar Board and has represented UArctic in several Arctic council working groups and task forces, latest being the Task force on science co-operation.

At the international level, Kirsi has led and participated in several Nordic projects, current one being a project focusing on Arctic youth. Currently she is also involved in Nordic University network and collaboration between five Universities; Umeå University, Luleå Technical University, UiT The Arctic University of Norway in Tromsø, University of Lapland and University of Oulu.

Kirsi has a PhD from the University of Oulu in the Department of Biology (Botany), the topic of her thesis was "Effects of ultraviolet-B radiation (UV-B) on needle anatomy and glutathione status of field-grown pines“ in 2000. Part of the doctoral work was conducted at the University of Maryland, USA.

An election was also held during the Plenary Meeting for an EPB Executive Committee position. Members elected Nicole Biebow, Member Representative from the Helmholtz Association – Alfred Wegener Institute, to the Executive Committee.

Nicole is the executive manager of the EU coordination and support action EU-PolarNet – Connecting Science with society and engaged in the development of a European Polar Research Programme co-designed with stakeholders. From January 2018 on, she will be the coordinator of the new EU infrastructure project ARICE (Arctic Research ICEbreaker Consortium). ARICE aims at providing the Arctic research community with better research icebreaker capacities for the Arctic and will offer trans-national access to six research icebreakers working in the ice-covered Arctic Ocean.